The Amazon:The Common Wealth of the Earth and Humanity

The current fires in the Brazilian and Bolivian Amazon demonstrate the importance of the Amazonian biome to the equilibrium and future of life. The gravity of the situation is seen in the carelessness with which the President of Brazil treats environmental issues, denying the most serious scientific data and the threat to the Indigenous reserves, aggravated by the way the Minister for the Environment has dismantled the principal organs for protecting the jungle and the Indigenous lands, and the uncontrolled advance of agro-business into the virgin jungle.

According to some international specialists, the Amazon is the second most vulnerable area on the planet with respect to climate change as caused by human beings. Pope Francis himself warned «that the future of humanity and of the Earth is bound to the future of the Amazon; is manifested for the first time with such clarity that the challenges, conflicts and emergent opportunities in a territory dramatize the dangers to the survival of planet Earth and the coexistence of all of humanity». Those are grave words, underrated by the big predatory corporations, because they know that they should change their modes of production, consumption and waste management. But they prefer profits over caring for human and earthy life.

With good reason, Pope Francis has called for a Pan Amazon Synod in October, this year, whose theme will be: “The Amazon: new paths for the Church and for an integral ecology”. It will be about applying his encyclical letter, “About the caring of the Common Home”, to avoid a world-wide socio-ecological catastrophe. It will not be about an environmental and green ecology, but about an integral ecology, that includes the environment, society, politics, economy, daily life and the spiritual dimension.

Three Amazon rivers exist: the one visible on the surface; the aerial, so called, “flying rivers” (each 20 meter-wide tree canopy top produces 1000 liters of water that bring the rains to the [so called] «closed biome», from the South up to the North of Argentina); the third river, invisible, is the river“rez do chão” (do not confuse this with the tourist place, Rez do Chão), a subterranean river that flows underneath the actual Amazon.

The entire Amazon biome is a Common Wealth of the Earth and of Humanity. That is evident in what the astronauts have seen: from the Moon or from spacecraft, Earth and Humanity form a single entity. The human being is the portion of the Earth that began to feel, to think, to love and to care. We are Earth, as Pope Francis and the Bible itself emphasizes.

Now in a planetary phase, we find ourselves together in the same and unique Common Home. The time of nations is passing. Now is the time of the Earth, and we must organize ourselves to guarantee the means that will sustain our existence and that of Nature. No one owns the Earth. She is our Common Good. Everyone has the right to be on the Earth. Since the Amazon is part of the Earth, no one should consider that they own that which is a Good of all and for all. Brazil, at most, has the responsibility of administering the Brazilian portion, (67%) which Brazil is doing irresponsibly. Hence such wide-spread concern.

The Amazon biome is presently the object of the world’s greed, given its wealth. There is too much violence. Since the mid 1980s the Brazilian Amazon has produced more than 12 martyrs, Indigenous. lay and religious; 6 in Ecuador; 2 in Peru and countless more in Colombia.

At the August G-7 gathering in Biarritz, France, the importance of the Amazon biome to the equilibrium of the climate and the Earth herself was evident. I suspect that they still see it conventionally, as a trunk full of resources for their economic projects. I suspect that they have not internalized the vision of the new ecology that sees the Earth as a living super organism, and us as part of that super organism and not as her masters. If the Amazon were totally destroyed, everything from the South of Brazil up to the North of Argentina and Uruguay would be transformed in a desert. Hence the vital importance of that multinational biome.

The irresponsibility of President Jair Bolsonaro is so great that world jurists plan to accuse him of ecocide, a crime recognized by the UN in 2006, and take him before the tribunal of the «crimes against Humanity».

I finish with the words of Miguel Xapuri Ianomâmi, an Indigenous Yanomami:

“You have God, we have Omama. She created life, and the Yanomamis, She permits all that happens. We are in constant communication with Her”. Who in the secular world could speak from the heart in this form? 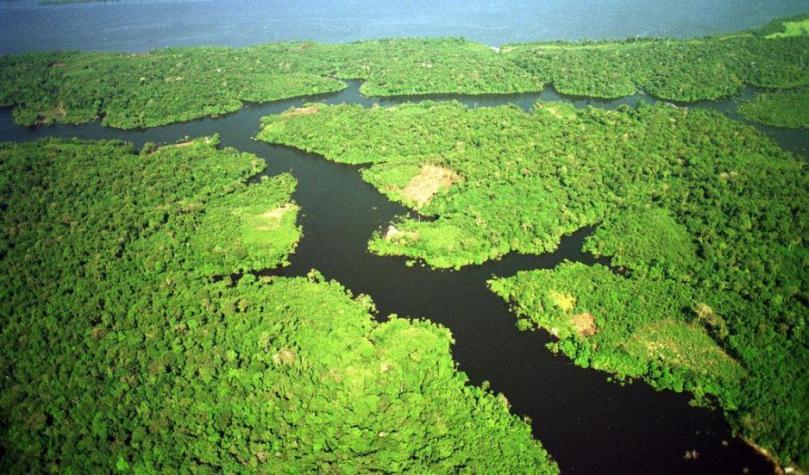 Um comentário sobre “The Amazon:The Common Wealth of the Earth and Humanity”